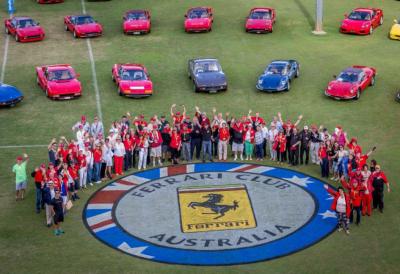 The Ferrari Club Australia (FCA) is the Ferrari authorized owners club in Australia and in 2010 signed an agreement with Ferrari that defines the FCA’s use of the name, logos, manufacture of regalia and other activities. Ferrari only authorizes one owners club per country. The club was founded in 1972 by a group of enthusiastic owners who originally wanted to create a register of Ferraris in the country, the FCA celebrated its 40th anniversary in 2012 making it one of the longest established Ferrari owners club in the world. The FCA has a growing membership, which currently stands at 1020 and who between them own approximately 1050 Ferrari’s, representing a significant percentage of all the Ferraris currently resident in Australia