Being a recent addition to the Ferrari Club of NSW I jumped at the opportunity to join them in their International Suite at this year’s F1 Grand Prix in Melbourne.

I’ve been going to the Grand Prix for many years now. Usually I get a decent seat in the Brabham or Senna stands and each time a go a swear next year I’ll be in a suite – preferably a free invite! Well it wasn’t free, far from it, but it was a suite and probably the best on the track. Just at the pit lane exit we enjoyed a perfect view of the main straight, start/finish line, all the pit activity plus the exciting first corner – all from the comfort and luxury of our beautiful suite with balcony, fine finger food and endless drinks. This was luxury and decandence to the extreme.

A huge thank you to the Ferrari Club members in Melbourne who organsied this fantastic weekend. It was sublime from start to finish.

Many Ferrari owners from around the country drive their beautiful cars to Melbourne for the race. On the Sunday morning they had the track to themselves for 2 or 3 laps of glory. They weren’t racing of course, or even driving that fast, but what an experience it must have been to take in the atmosphere and privilege and driving your pride and joy around the track that in just a few hours will be hosting the opening F1 race of the season.

It made me wish I owned a Ferrari instead of a Maserati… almost. Maybe next year.

The image gallery below was taken in the car park of the hotel where all these Ferrari were stored. Over 50 Ferraris in the one car park leaving in convoy – yes it was like being a kid in a toy shop!

As part of this year’s Melbourne F1 Grand Prix, the Ferrari Club organised a cavalcade of Ferraris who had to chance to run a few laps of the GP circuit.

The cars congregated in the carpark of a nearby hotel before leaving in convoy for the track.

The shots show over 50 beautiful Ferraris from early 308’s to current 488’s preparing to leave the car park. Trust me the sound was incredible! 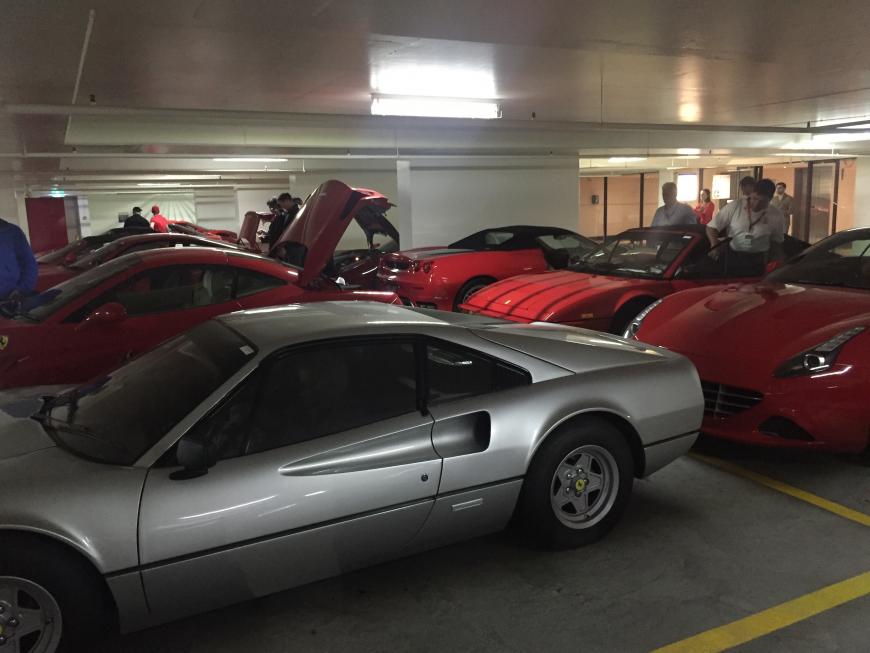 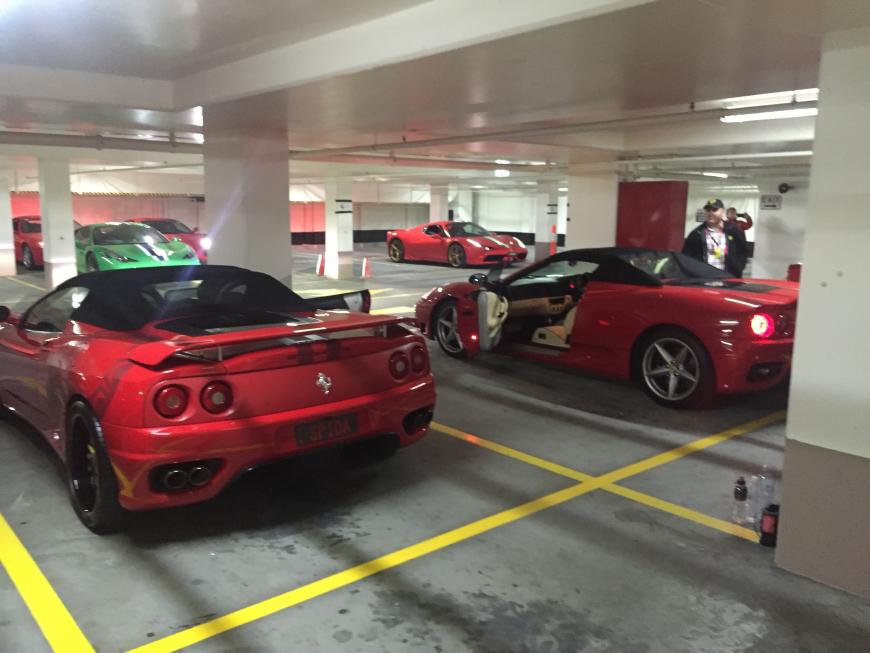 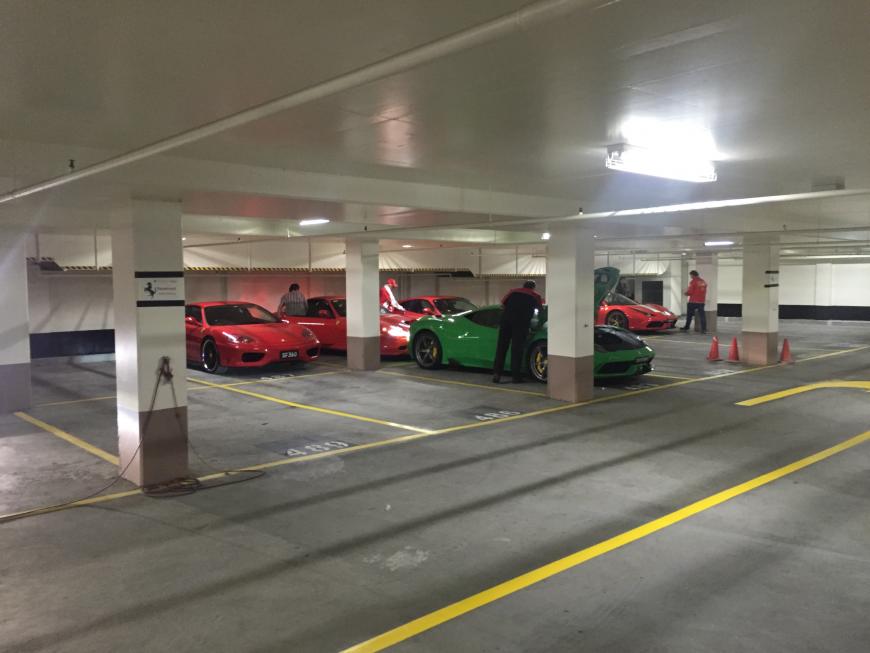 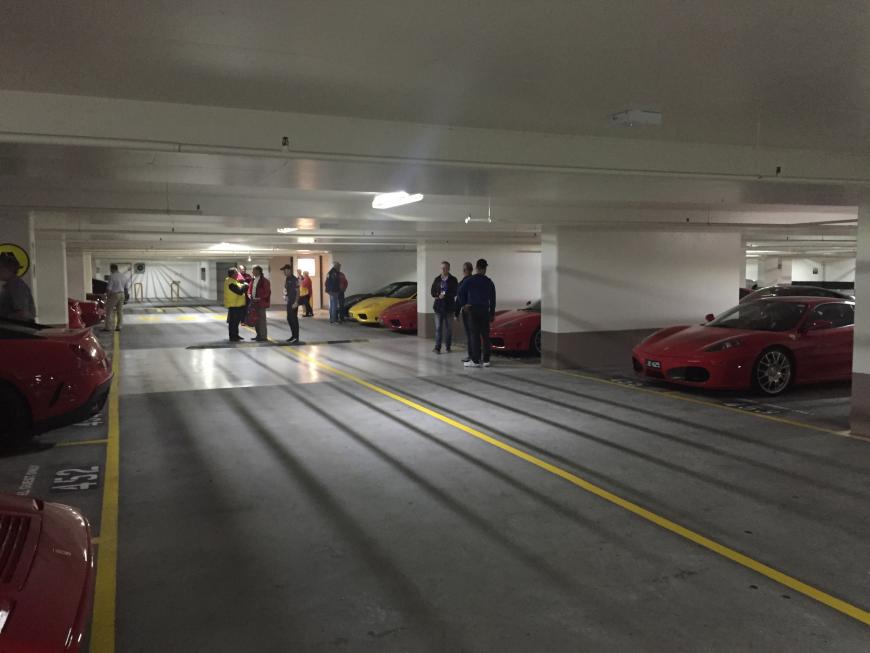 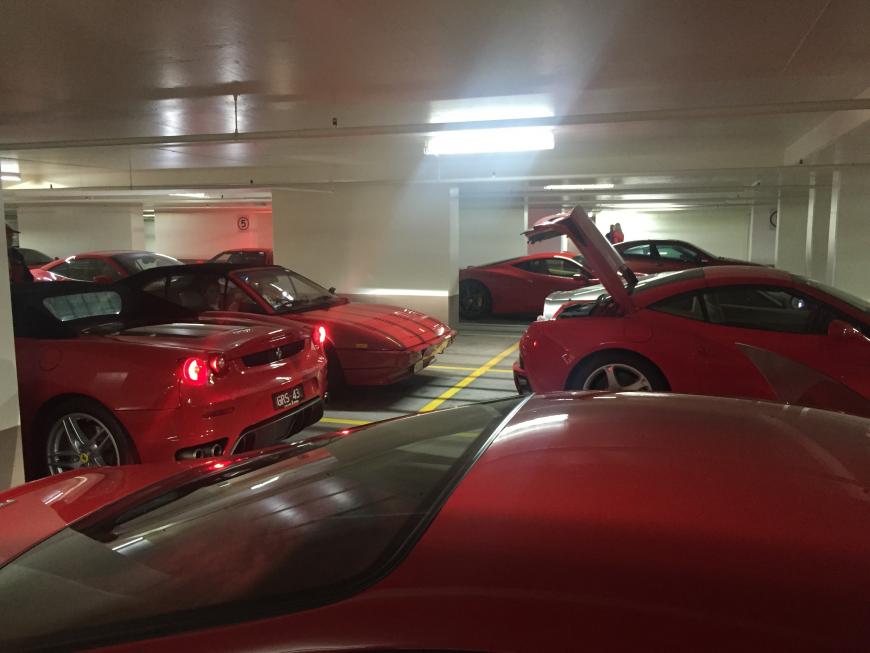 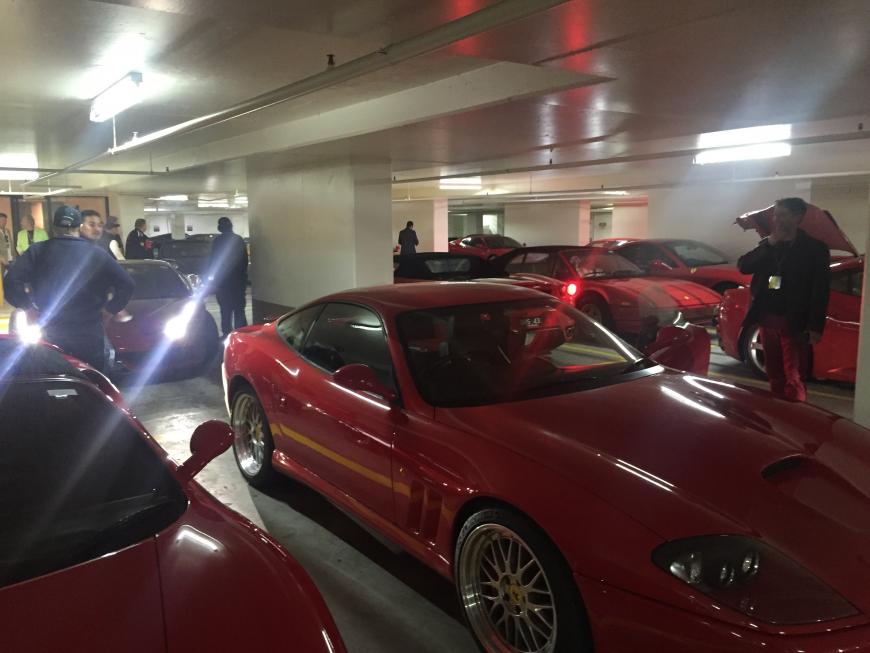 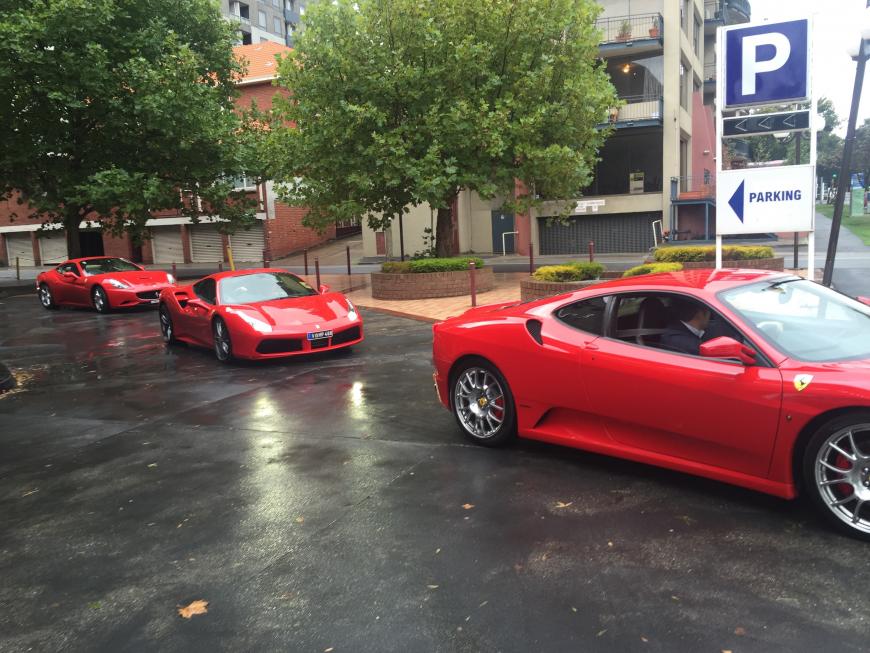 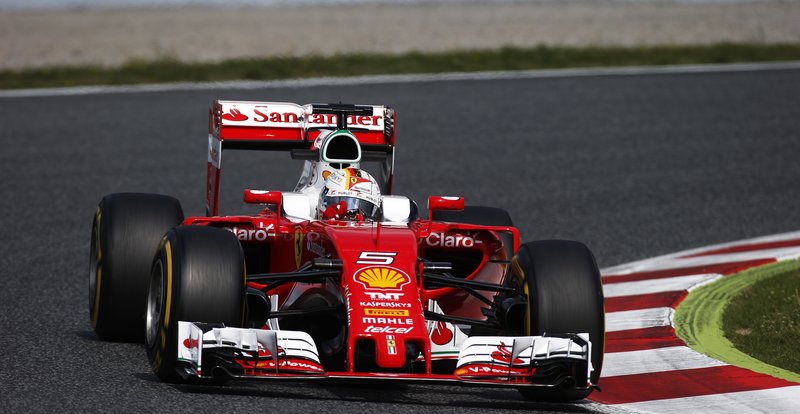 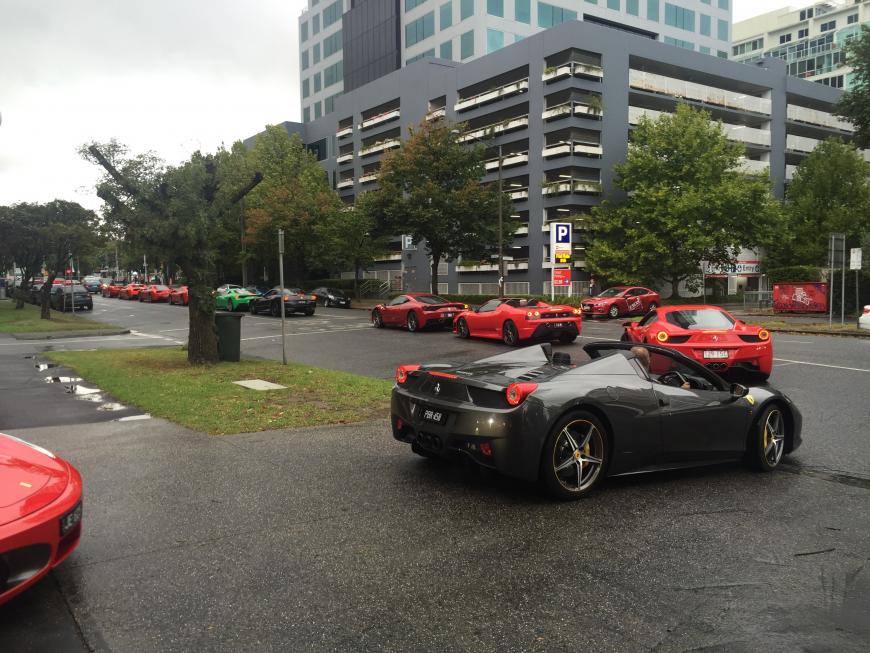